Crayons to Perfume! now every THURSDAY at 7pm Eastern, 4 Pacific on WFMU's Rock'n'Soul Radio stream
check out the fun mixes and extras at Mixcloud! 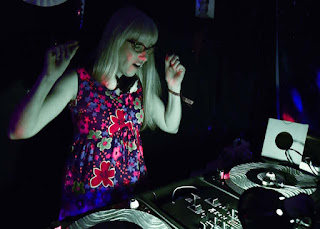 djgirlgroupgirl spinning a femme freakbeat faves!
Hi! I'm Glynis, (nicknamed djgirlgroupgirl by record sellers who gladly sold me girl group 45's when nobody else was buying them!) and I've loved music all of my life. I started to seriously collect records when I was in high school and collage, venturing into both the depths and the heights of Toronto record stores, mostly digging around for anything with go-go dancers on the cover, crazy soundtracks, FUZZ pedals, and some rockabilly. My favorite places were the upstairs of Younge Street's Records on Wheels and the basement of the Queen Street East Vortex. There were also a few amazing places in the East and West ends that sold original Canadian pressings for a dollar or two. So many treasures.
In my search I kept my eyes out for any original Canadian artists from the 1960's and any girl groups. I learned to buy more obscure records from thrift stores and trade them into record stores. During college I began my own fanzine called Feline Frenzy - written specifically for women into the now burgeoning 60's influenced 80's garage scene. This helped me meet people from all over the world into these groovy sounds!
After graduating college, I headed to York University. In the first few weeks of the semester I was scouted for CHRY, York University's radio station which was transitioning from a student run organization to a community effort. I put all those records to use every Sunday evening on The Fuzz That Wuzz. The signal was weak, and it didn't broadcast far but soon I had listeners DRIVING into listening range so they could hear music that was not being broadcast anywhere else in Toronto. During this time I helped start what became The Chart - Canada's first national College Radio chart and news paper, as well as writing for Exclaim! and NOW, Toronto's local indie papers and various fanzines from around the world (including my own!). My involvement with independent radio and underground rock'n'roll led me to an obsession with WFMU, CBGB's and New York's garage scene.
In the 90's I moved to the US
In the 2000's I became a dj at WFMU.
Dreams can come true!
Every Thursday at 7pm I present an hour of 60's girl groups on Crayons to Perfume!

soul, girl groups, all-girl bands, surfin' sweethearts, freakbeat femmes, ye ye girls, pop princesses ... the known and the obscure all showcased in weekly themes and series. Sometimes you can also hear me on The Whig Out! with Richard Whig for lyd flipping garage Sunday nights at 8pm, also on WFMU's Rock'n'Soul Radio

My interests in writing about 60's rock'n'roll women and Canadian 60's groups continues, and it's spilled into being able to write liner notes for re-issue companies who are passionate about including ladies in their roster of talent!

Now OUT! Ladies Choice: The Pen of Swan Records!

I am so pleased to announce that Sundazed Music has released my latest compilation, featuring music from the ladies of Swan Records. From early rockers to soul, these ladies swim freely on beautiful blue vinyl! Each track features a bio - including the REAL identity of Joy Dawn, and for the first time ever, the Three Degrees Bongos on the Beach is on vinyl! Thanks to fine folks at Sundazed for the opportunity to both take a deep dive into Swan music history and for the privileged of curating this collection. 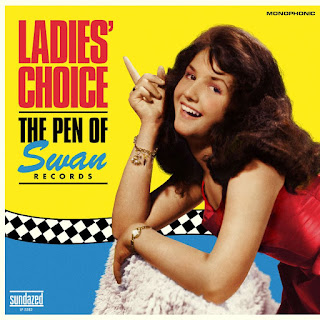 Also out on Sundazed Music it's the very first Candy And the Kisses collection on vinyl! The Scepter Sessions - 15 delectable sweet treats from Long Island's teenage trio!
Includes originally unissued confections of girl group perfection! I had a fantastic time interviewing Jeanette Johnson for the liner notes! 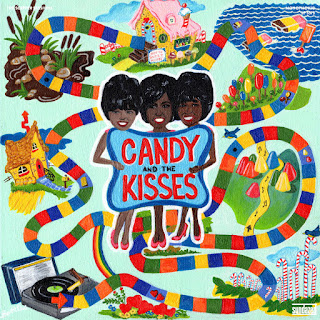 Do you like it LOUD? Check out my show Action Woman, featured on mixcloud for listening anytime  https://www.mixcloud.com/girlgroupgirl/ and groove to the wild sounds of  garage punk and underground rock'n'roll ladies from the most recent past! 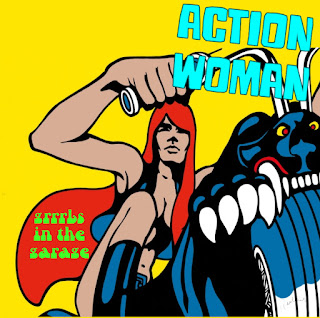 FINALLY! New Zealand's Chicks have hatched in the USA and around the world! Now you too can own a copy of the first LP from the cutest, moddest mid-60's duo around! Once again Sundazed allowed me to write liner notes for one of my all-times faves. I hope you enjoy them as much as I do! 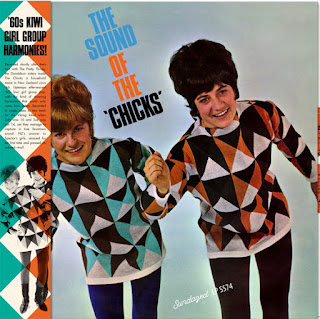 Out now on Sundazed, it's the Sound of the Chicks!

I started writing about rock'n'roll because I began noticing the few female rock'n'roll writers and journalists of the 60's - most famously is Lillian Roxon but there are many unsung female heroes of rock'n'roll - in Ugly Things magazine #51 Ellen Sander tells me more about her book Trips: A Rock Life which has recently been republished by Dover Books. 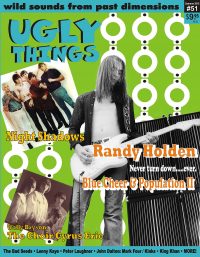 Jan McClellan of the Debutantes tells all in Ugly Things magazine # 50 - girls in the garage sex, drugs and rock'n'roll!! 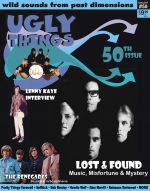 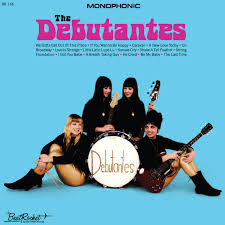 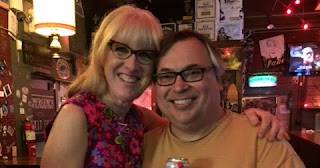 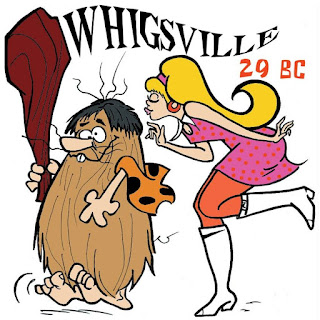 Whigsville 29 BC hopes to be back SOON! We miss you all!

My partner in crime, Richard Whig! 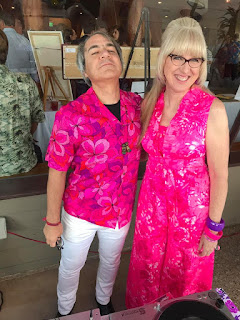 Check out my interview on the Cha Cha Charming! blog

GirlGroupGirl
I host Crayons to Perfume! WFMU's only girl group show, on the Rock and Soul Radio stream, Thursdays 7pm I'm also a rock journalist. In the 80's I edited and published Feline Frenzy teen 'zine, wrote for various Canadian publications and hosted The Fuzz That Wuzz on CHRY. I also co-host The Whig Out! I love to do live DJ sets, write for Bananas Magazine, Girl Garage & psychedelic music is my passion!